An event tree is an analytical diagram in the form of a directed path tree. Each node of the tree represents some event, which branches events from one single event using Boolean logic. Such a tree can be used for risk assessment, fault tree analysis (FTA), mission failure and so on.

Every directed path in the tree starts with the root node, and ends at a node with a leaf node. Each directed path from the root node to a leaf node in the event tree represents a possible sequence of alternating events and outcomes (i.e., a scenario). Successor events are randomly selected from a successor node using probabilities of occurrence of events.

The problem of identifying a possible cyber-threat attack profile can be solved by FTA using event trees. The steps to perform an event tree analysis are:

We will work from the event tree in Figure 1. For simplicity, we assume a single initiating event. For concreteness, we assign uncertainly distributions to each of the arc probabilities:

FIGURE 1. A simple event tree for two successive stages (events), each with two outcomes. For this example, each path through the tree represents a unique scenario with its own consequence distribution. 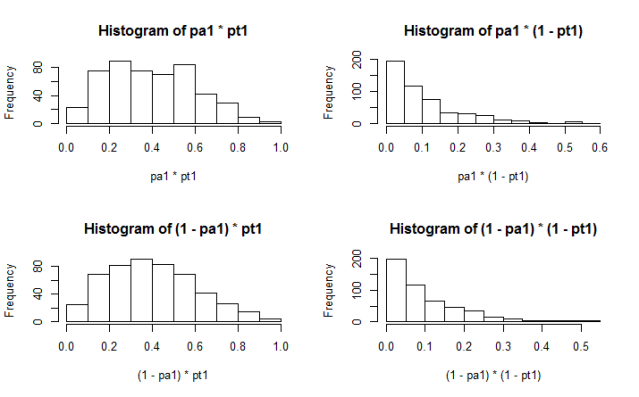 Figure 2. Distribution of the arc probabilities

Start. We would like to know the form of the risk distribution. Summary statistics from this distribution (5th percentile, mean, 95th percentile) arc used to summarize risk and present analyses in the cyber-threat risk analysis.

A simple way to simulate from the risk distribution is as follows:

Approach 1. For an event tree as complex as one that might be encountered in real operations, this approach is unfeasible. A more realistic approach follows:

The estimated risk distribution from this approach is given as tile line with circles in Figure 3.

Approach 2. The risk distribution can be calculated without sampling from the arc probability distributions. For an event tree the size that would really present itself, this represents a significant computational simplification. What is lost in the simplification is the family of risk curves—i.e., one curve for each possible outcome.

The estimated risk distribution from this approach is given as the line with triangles in Figure 4.

Approach 3. If the conditional consequence distributions are given in parametric form, or in numerical look-up tables, calculation of the risk distribution can be done exactly. Without resorting to estimating these distributions from the outputs of Monte Carlo simulations. This method is simply:

The risk distribution (exact, and not an estimate) obtained using this approach is given as the line with crosses in Figure 5.

Figure 5.The risk distribution (exact, and not an estimate) using Approach 3 is given as the line with crosses, overlaid on Approaches 1 and 2 distributions

The exact computation is both trivial and fast.

Jeffrey Strickland, Ph.D., is the Author of “Predictive Analytics Using R” and a Senior Analytics Scientist with Clarity Solution Group. He has performed predictive modeling, simulation and analysis for the Department of Defense, NASA, the Missile Defense Agency, and the Financial and Insurance Industries for over 20 years. Jeff is a Certified Modeling and Simulation professional (CMSP) and an Associate Systems Engineering Professional. He has published nearly 200 blogs on LinkedIn, is also a frequently invited guest speaker and the author of 20 books including: